Talking and coffee and words

I had to come to work an hour early this morning because my boss was going to be gone for an appointment and I had to open the door for the internal auditor who is here this week. Normally when I come in at 8:00, my boss and I have an understanding that we don’t speak for at least the first 15 minutes because he is not much of a talker anyway and I am not a morning person. He understands that he should not approach me until I’ve had at least one cup of coffee. We have an agreement. It works.

Well. Apparently Internal Auditor did not get that memo because OMG SO MUCH TALKING. People who initiate conversations at 6:45 a.m. obviously don’t know how to read a room. Dude, I do not care about the weather in Florida. I do not care that your 5’3″ girlfriend gained 8 pounds – apparently she went from 104 pounds to 112 pounds – and you can really see every pound on her (I gave him an earful on how at 112 pounds, she is still on the low end of the BMI scale for her height), and I don’t care that you are supposed to be on a no-carb diet but those donuts at the convenience store were calling your name. If you want me to pretend to care, then at least give me 15 minutes to get some caffeine in my system. I’ve already spoken more words in the last hour and a half than I usually speak all day. Having conversations is hard so early in the morning. I’m exhausted.

In other more caffeinated news, I’ve taken up an obscure little hobby that I’m certain no one knows about yet*: hand-lettering. I started playing around with it on Labor Day weekend and since then I’ve been practicing nearly every day. I really enjoy it because the movements are slow and methodical, and it can become almost meditative in a sense. However, the more I look for resources on the internet (practice sheets, styles, courses, etc.) the more overwhelmed I get because, good gravy, is there anyone NOT doing this? There are so many Instagram accounts and Facebook pages and websites devoted to this that it is very easy to go down the rabbit hole and never resurface again. I finally just had to stop looking and just stick to practicing the alphabet. I’ll work my way up to the fancy stuff later. Maybe someday when I feel like my writing isn’t shaky, and I can figure out spacing, and my lettering doesn’t look it was done by a 3 year old, I’ll post some of it here on my blog. Any of my readers out there have any experience with hand-lettering? Any tips or advice you care to offer a novice? 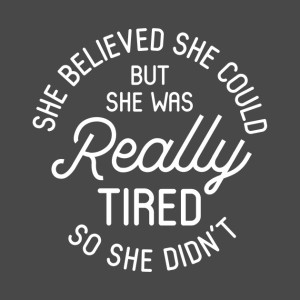 *sarcasm. I honestly had no idea that this hand-lettering thing was such a…THING now. It’s crazy how many websites there are devoted to this stuff.

← Cull of the Wild
No Screaming Banshees Allowed →

One thought on “Talking and coffee and words”