Finding my way through my forties

Finally on the same team

I went to lunch with a friend not long ago and while she was super eager to dig into her food, I realized that eating has become a non-event for me. Don’t get me wrong, I still love food, but it’s not the center of my universe anymore. I was there to talk with my friend, not to focus on the food, but there was a time when the food would have been the highlight of our visit.

I explained to my friend that I just don’t lust after food like that anymore. But more importantly, I realized that I no longer battle with food anymore either. A brownie is just a brownie – it’s not an Evil Temptress existing solely to make me feel guilty. Having dessert doesn’t make me feel bad – if I want it, I have a smallish amount and then I continue on with my life. I don’t have the back & forth, the shame & guilt, the push & pull that used to plague me… I just don’t. If I eat too much, I don’t think “You fat cow!”, instead I think “wow, that was a little too much…but it sure was delicious!” and then I make a mental note for next time to have a smaller portion because I now know that portion was too big for my liking.

The crazy-food voices that used to hound me all the time are gone too. I’m not thinking about food 24/7  – for a long time, I was obsessed with food – I mean really OBSESSED. It drove me crazy how much I used to think about it. Now when I get hungry, I stop and really consider what I want and what options are available to me and what sounds really good right now. And I always thought that if I just let myself eat whatever I wanted, I’d be eating M&M’s and potato chips all the time, but the truth is, a good crisp salad with a lot going on tastes way better than a slice of pizza (I still eat pizza too, but now it’s just one or two slices at the most, but I regularly used to eat 4 slices at a sitting).

All of these changes have come as a result of paying attention to what I want and what foods make me feel good. As I stated in my Whopper post, one handful is great, two handfuls makes me feel kinda ill – that’s how I listen to my body.

And since I know you’re wondering…yes, I am starting to lose a little weight. It’s just a few pounds for right now, but it’s moving in a downward direction finally. But that’s so minor compared to the peace I have now regarding my relationship with food.

I don’t really feel like I’m “doing” Intuitive Eating or Mindful Eating…I’m just paying attention and listening to my body & brain for once and I can do that because I’ve spent the last 6-7 months learning how to trust myself and build up my confidence/self esteem and deal with my emotions in a healthier way. I’ve only been working on the food stuff since the end of February. I don’t think the peace I feel now would be here if I had just picked up a book about mindful eating and tried to do it like a diet (been there, done that, it didn’t work). I feel like food and I have made our peace – we fought our battle for so long before I realized we were always on the same team. Food just wants to nourish me and please me – that’s all.

It’s such a relief to know I don’t have to fight anymore. 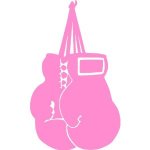